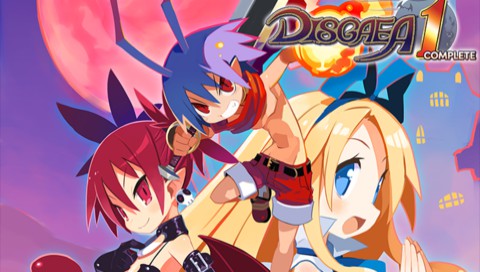 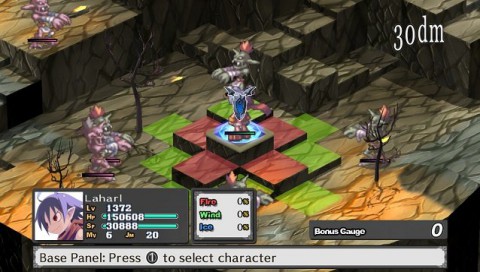 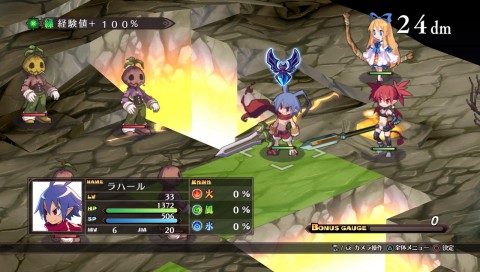 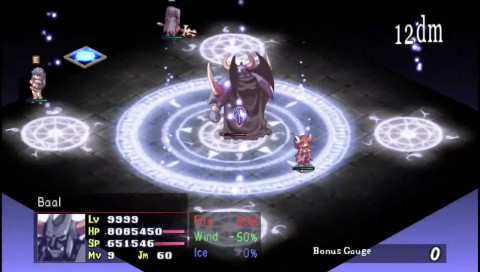 Disgaea is a tactical role playing game. Battle gameplay takes place on a map divided into a square grid. The player controls a squad of humanoid units and monsters, which each occupy a single square of the grid and do combat with a group of enemies. Depending on the character and attack selected, the player will be able to deal damage to a specific enemy unit or a designated region of the map. Combat ends when all enemy units or all of the player’s units are destroyed.

Humanoid characters may lift and throw other units across the map in order to allow allies to move further or force enemies to keep their distance. This even allows the player to capture enemies by throwing them into the base panel; these enemies then become allies, and can be used on subsequent maps. The chance of capturing an enemy in this manner depends on several factors. Failure to capture the enemy will result in the death of all characters inside the base panel, and the enemy will survive. 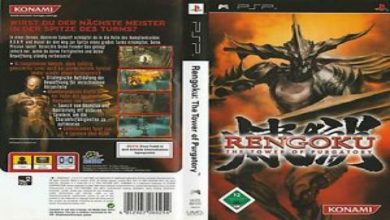 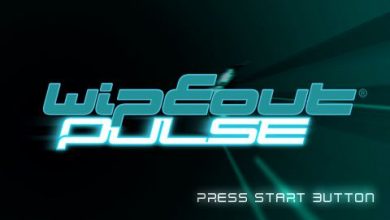 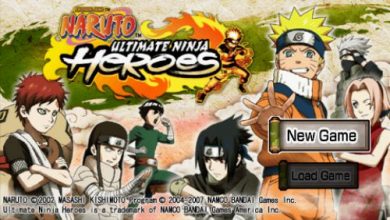