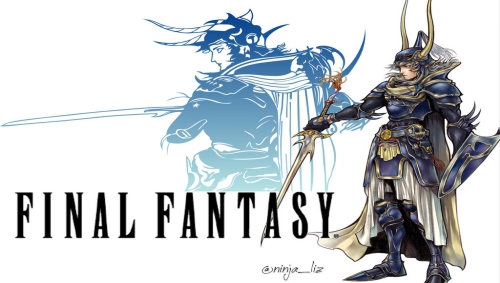 Final Fantasy – An evil shroud covers the world in darkness. You must restore the powers of earth, wind, fire and water to the Four Orbs. Create your own band of 4 Light Warriors from fighters, thieves, martial artists, and magicians. You’ll need all their skills to triumph in this massive role-playing adventure.

Your treacherous journey takes you to all parts of a strange new world. Explore dangerous castles and dark caverns where dadly perils and great rewards, await at every turn. Hundreds of ferocious monsters block your path. With patience, skill, and cunning, you can defeat them. 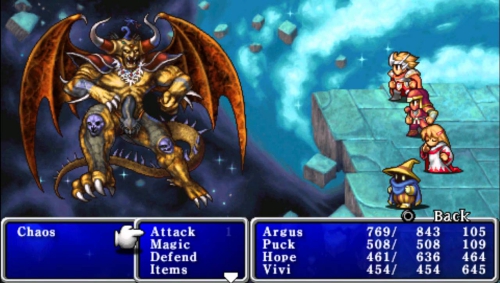 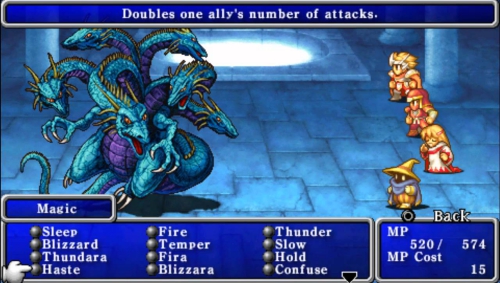 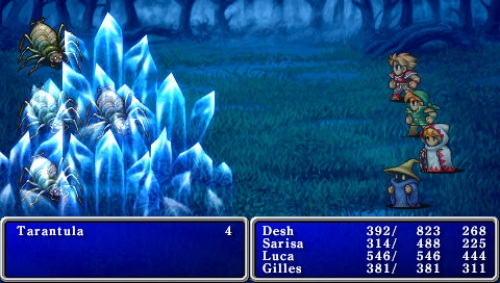 Final Fantasy is a single player role-playing game (RPG) which lets the player control four characters called the “Light Warriors.” They begin by rescuing a princess from the Notorious Knight Garland. Soon after, they are given the world spanning task of collecting four Orbs of Light and defeating four fiends. The fiends went by the names of Lich, Kary, Kraken, and Tiamat.

Final Fantasy was originally considered overbearingly difficult. Saves only came at resting in a Town’s Inn or using an expensive item known as a House. Spells in the late game cost more than half a million gil, and had a limited number of charges that could only be replenished by resting. Monster encounters could go from simplistic to overpowering at a moment’s notice.

Attacks were played out in turn based combat. All characters and monsters all were told what to do before the round began, be it cast a spell, use an item, or commit a basic attack, and all actions were then played out from the fastest person on the battlefield to the slowest. In the original game, some attacks could be useless. For example, if a Fighter and a Thief were both instructed to attack a goblin they would both do so. If the Thief killed him, it wouldn’t stop the fighter from doing exactly as he was told by swinging his sword at the space the goblin once stood instead of at the other enemies present. This was later altered in the re-releases for the PSOne, Game Boy Advance, PSP, and iPhone versions, so the attacker would automatically attack the next available target. 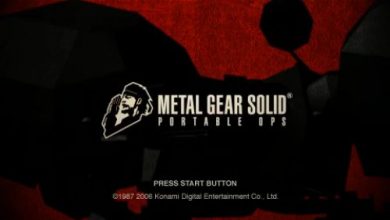 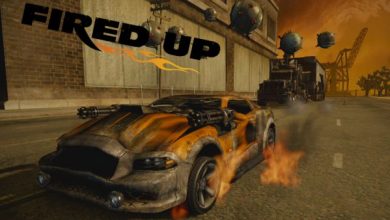 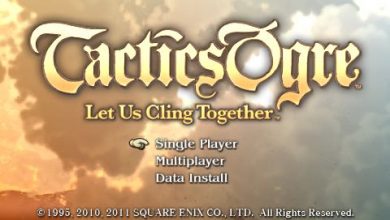