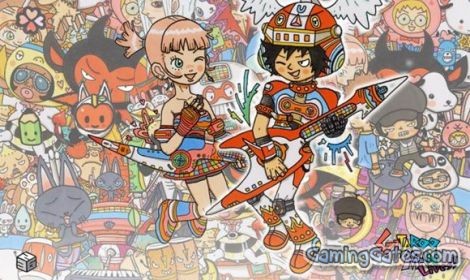 Gitaroo Man is a rhythm video game developed by iNiS and published by Koei for PlayStation 2. The game features visual production by Mitsuru Nakamura and an original soundtrack by Japanese band COIL. The game was released in Japan on June 21, 2001, in North America on February 18, 2002 and in Europe on June 21, 2002. A port of the game for PlayStation Portable, titled Gitaroo Man Lives! (known as Gitaroo Man Live! (ギタルマンライブ! Gitaru Man Raibu!) in Japan), was released in 2006.

Gitaroo Man Lives! known in Japan as Gitaroo Man Live! (ギタルマン ライブ！ Gitaru Man Raibu!), is a port of the game released for the PlayStation Portable. Along with local Ad-Hoc multiplayer and additional difficulty options, the game adds a new Duet mode, in which two players control Gitaroo Man and Kirah in two exclusive new stages, “Metal Header” and “Toda Pasión”. These levels may also be played alone if the handheld’s Ad-Hoc is activated. The game was released in Japan on June 8, 2006, in Europe on September 29, 2006, and in North America on November 14, 2006.

Gitaroo Man is a rhythm game in which the player character, U-1, faces against various opponents in musical battles. In each level, both the player and opponent has a life bar, with the player tasked with depleting the opponent’s life bar and reaching the end of the song without running out of life. With some exceptions, each level consists of three main phases; Charge, Attack, and Guard, followed by the Harmony and End phases at the end of the level.

During the Charge and Attack phases, players follow a “trace line” using the analogue stick, upon which red “phase bars” will appear. By pressing and holding down the button at the start of a phase, timing it to its appearance at the center of the screen, and releasing the button at the end, the player plays music. In the Charge phase, successful notes restore the player’s health, whereas in the Attack phase, successful notes damage the opponents whilst missed notes will hurt the player. 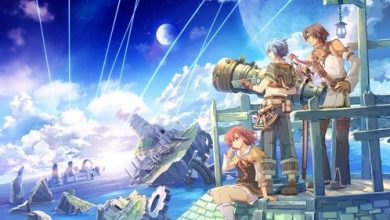 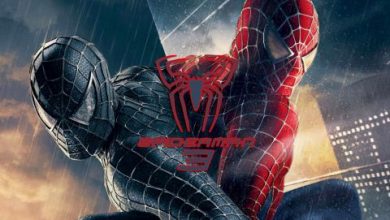