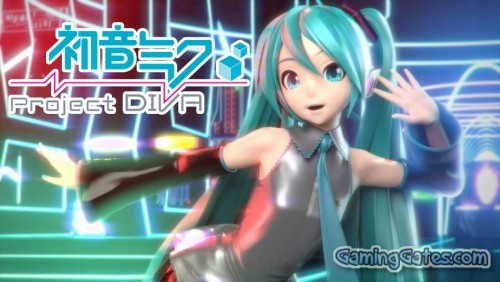 Hatsune Miku: Project Diva is an Action game, developed by Dingo Inc. and published by Sega, which was released in Japan in 2009.

Hatsune Miku: Project DIVA (初音ミク -Project DIVA-) is a series of rhythm games created by Sega and Crypton Future Media. The series primarily makes use of Vocaloids, a series of singing synthesizer software, and the songs created using these Vocaloids most notably the virtual-diva Vocaloid Hatsune Miku. The game is the first video game to utilize the Vocaloid software developed by the Yamaha Corporation.

As the game is a rhythm game, players are allowed to choose from a wide variety of Vocaloid songs, original songs sung by Vocaloids, including songs sung by Hatsune Miku, Kagamine Rin and Len. Players also can choose which character they wish to play in the game. Known as modules, these modules can be completely different characters or simply different costumes for the same characters. These modules, though not directly controlled by the player, will be the ones appearing in the music videos throughout the game including their specific costumes.

Each of the songs have their own difficulties which are Easy, Normal, Hard and Extreme. Initially both the Easy and Normal difficulties of a song are unlocked, upon clearing the Normal difficulty, the Hard difficulty will be unlocked and so forth. Players progress through the game by completing songs and unlocking more new songs until they eventually unlock all songs. 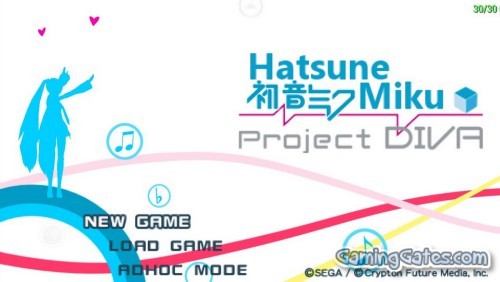 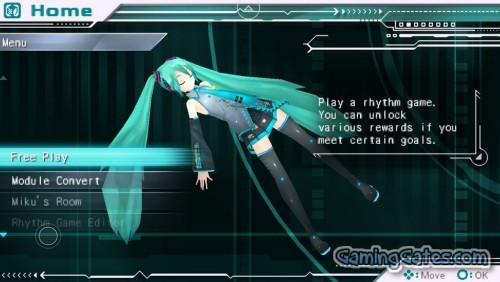 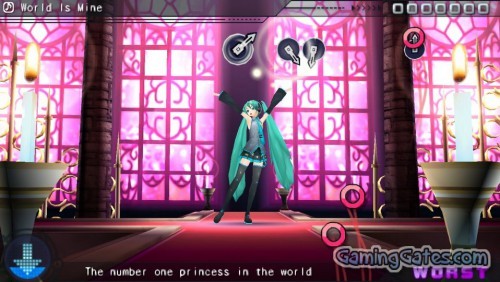 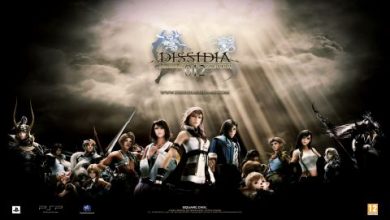