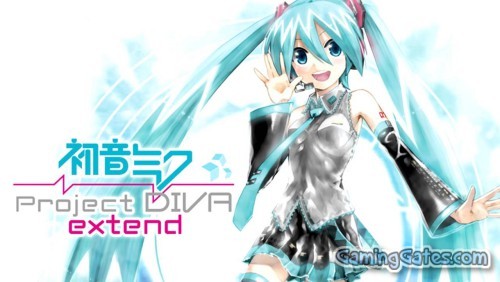 Like the original the game primarily makes use of Vocaloids, a series of singing synthesizer software, and the songs created using these vocaloids most notably the virtual-diva Vocaloid Hatsune Miku. Rock band Gacharic Spin served as motion capture models. There are a total of 40 songs available in Hatsune Miku: Project Diva Extend. 37 songs (9 new and 28 old) are obtained normally by playing through the game and 3 songs are only available through Edit Mode.

The game primarily uses the same gameplay mechanics from the original game albeit with several changes. Most notable of which is that the game now uses the D-pad (arrow buttons) and a “hold and release” function for the face buttons in addition to the normal gameplay. Similar to the symbols of the first game, the game now includes colored arrows for example a blue arrow pointing downwards, this indicates that the player has to press “down” on the D-Pad and the “Cross” face button at the same time. 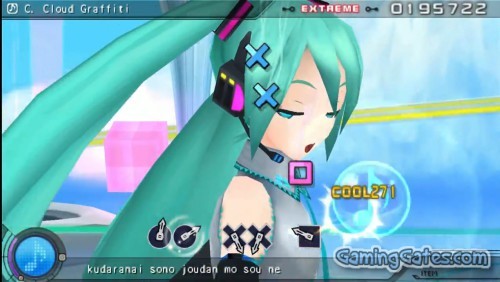 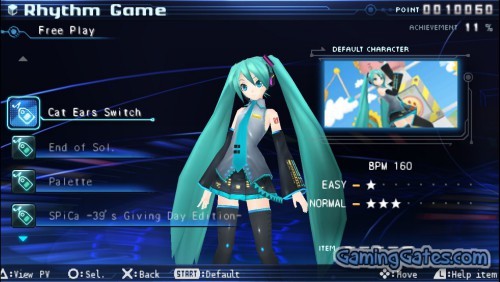 The game also add a fourth difficulty, Extreme, to songs that is more difficult than the hard difficulty in the first game. The game will also introduce duets, as compared to only having solo songs in the first game, thus allowing players to select two modules instead. This also carries on into the Edit Mode of the game allowing players to create PVs for duets with two modules in them. 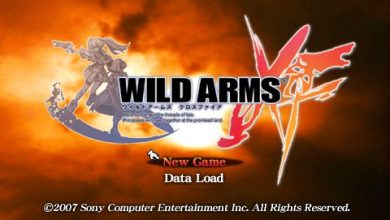