For some people, laptops are one of the most important things. Laptops are sometimes used for work or campus assignments which are very important. Simple and portable are the characteristics of laptops, making many people complain about it. In this modern era, many people want to have a laptop that is durable and not easily damaged. Because the use of a laptop is very, very important. So we have to keep the laptop to avoid damage. But apparently, some of the damage is caused by our habits. This habit can be said to be bad enough for laptops, causing damage.

Here are some causes of damaged laptops due to our habits:

So far, there are still many that using a laptop without installing a battery and directly plugging into the electricity makes the laptop battery durable. Even though this is a wrong action. It can make a laptop motherboard. Then the cause is a condition that is prone to irregular electric power surges and causes a short circuit.

Many people still often put laptops in soft places, such as mattresses, sofas, and other objects. Things like this should be avoided. This is because the air that flows under the laptop becomes obstructed and hot air from the laptop will be trapped. Then the cause is that the nature of the soft object is unable to get rid of hot air and has heat-absorbing properties. When the laptop works, it will make the circulation holes closed. So, this makes the laptop hot and has an impact on overheating the laptop components.

So far, there are still many people who often put any drink near the laptop. Whether it’s coffee, tea, ice, or water to make it easier to reach drinks when thirsty. It doesn’t matter if you put liquid near the laptop, as long as it doesn’t spill. However, can you guarantee that the drink is spilled and hits your laptop? This is because a laptop is an electronic object which, if exposed to liquid, has a risk of damage. Therefore, you should leave some distance between the laptop and liquid objects. This should be done to avoid several unwanted things. However, if this happens, then several steps must be taken. First, immediately turn off your laptop and remove the charge from the electricity before an electrical short occurs. Second, remove all laptop components starting from the battery first. Third, dry all laptop components. You can use the laptop again, provided that all components are deemed dry and safe to use.

Never once in a while to put heavy objects on the laptop. Usually, this is done by students who often put several books on their laptops. This habit will cause damage to the screen and even the LCD on the laptop. Then, signs of damage to the laptop are marked by the appearance of vertical or horizontal lines. If it continues, the laptop screen will be permanently damaged. Of course, you don’t want the laptop screen to be damaged because of this. How not, the price of a laptop screen is also very expensive, ranging from Rp. 500 thousand to Rp. 1 million more.

There are still many people out there who are confused by installing a charge to the laptop first or to the electricity first. If you have a question like that, the answer is to first connect the charger to a power source and then connect it to the laptop. Then the reason is, the current jumps on the charger when it is plugged in is not stable. Things like this are one of the causes of damage to the motherboard.

When you are finished using your laptop, you should do your best to turn it off. That is, you have to follow the natural procedure of turning off the laptop by shutting it down. Because so far there are still so many people who close their laptops when they are on. Habits like this are very dangerous to the security and performance of the laptop itself. Therefore, do not occasionally close the laptop while it is still on. Make sure to shut down the laptop when it’s finished. Then wait a few moments so that the heat generated from the laptop can come out completely properly.

Indeed, this seems very trivial. Rarely cleaning laptops can be dangerous for our laptops. The reason is dust that sticks to laptop components can interfere with the performance of the laptop itself. So, it would be nice if you regularly clean the outside of the laptop. Recommended at least once a week. Especially and the most important thing is the dust that sticks to the bottom of the laptop or that blocks air circulation which is a place to give off heat.

This is an explanation of several causes of laptops damaged quickly due to our habits. Remember, don’t use your laptop carelessly and how to protect it. Although many underestimate, the consequences of damage to this laptop are very serious. Hopefully, this article can be useful and can help you be more careful in caring for your laptop. So that the laptop does not break down quickly and can live a long time. 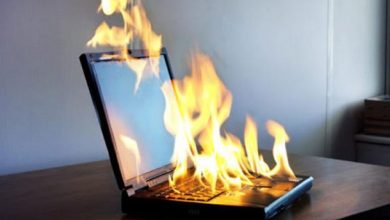 How To Properly Charge A Laptop And Avoid Overheating 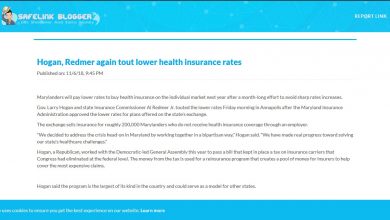