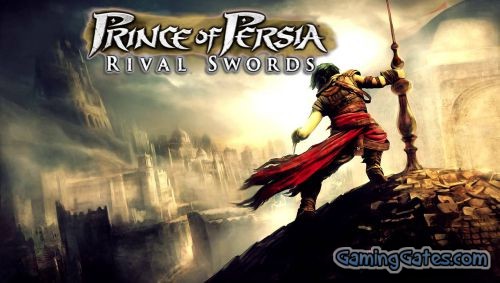 Prince of Persia: Rival Swords is a portal third-person action adventure video game developed by Ubisoft Montreal, Pipeworks and published by Ubisoft for the PlayStation Portable.

In Prince of Persia Rival Swords, the Prince makes his way home to Babylon, bearing with him Kaileena, the enigmatic Empress of Time, and unspeakable scars from the Island of Time. But instead of the peace he longs for, he finds his kingdom ravaged by war and Kaileena the target of a brutal plot.

Based on 2005’s Prince of Persia: The Two Thrones, this first entry in the series for the Wii takes advantage of the system’s revolutionary controllers. Players will be able to clash swords with enemies, execute speed kills and perform the Prince’s well-known acrobatic moves such as running on walls. The game creates an epic experience by combining two playable characters in gameplay that mixes combat, platforming, puzzles and a compelling storyline. 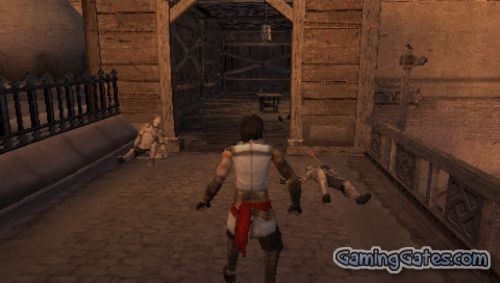 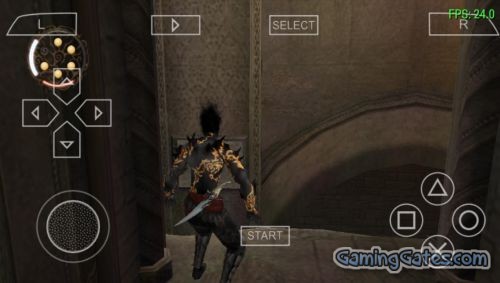 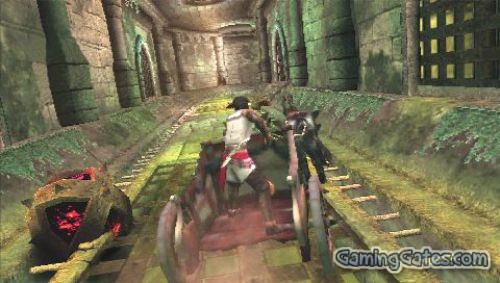