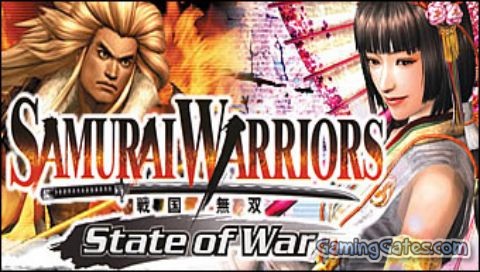 Samurai Warriors (戦国無双 Sengoku Musō, Sengoku Musou in Japan, lit. Unrivaled Warring States) is the first title in the series of hack and slash video games created by Koei’s Omega Force team based loosely around the Sengoku (“Warring States”) period of Japanese history and it is a sister series of the Dynasty Warriors series. A port of this game called Samurai Warriors: State of War has been released for the PlayStation Portable, which includes additional multiplayer features.

Samurai Warriors: State of War is set in civil war Japan, when great commanders such as Nobunaga Oda, Shingen Takeda, and Kenshin Uesugi struggled for control of the country. Arm yourself with classic Japanese weaponry such as katanas and shuriken, and launch into the chaos of 16th century Japan. The action is relentless, and ranges from massive open-field warfare to sieges of trap-laden castles. With a variety of unique characters, moves, and environments, Samurai Warriors: State of War will give you an unrivalled taste of Japan’s most volatile era.

In Samurai Warriors, the player takes the role of a single officer in battle and must fend off hordes of enemy soldiers and defeat the enemy commander. The player has at their disposal a range of combo attacks and crowd-clearing special moves known as Musou attacks. The variety of attacks available increase as the player’s character gains levels and new weapons. 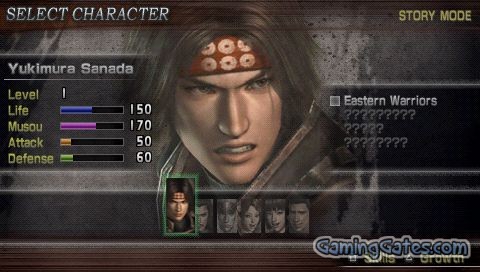 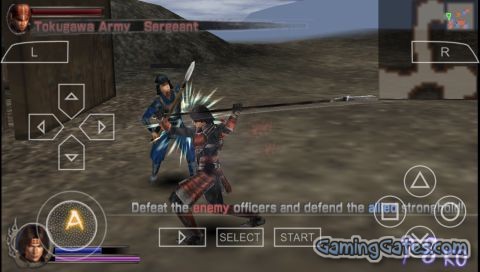 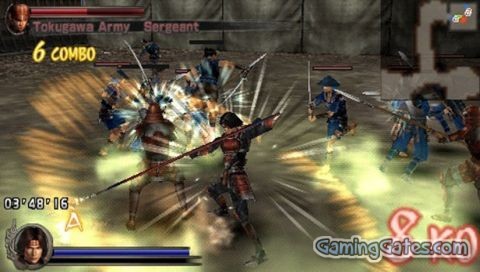 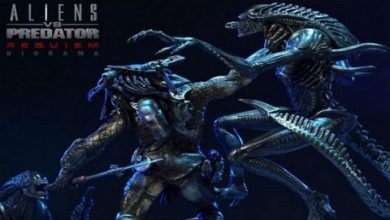