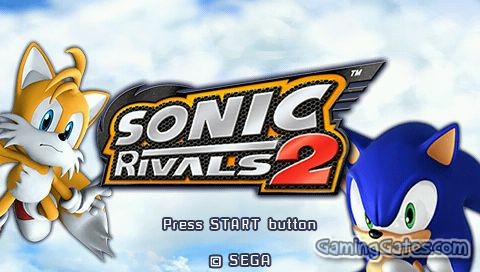 Sonic Rivals 2 is the sequel to Sonic Rivals. The game was developed by Backbone Entertainment and supervised by Sega Studio USA, for the PlayStation Portable handheld video game console. Sonic Rivals 2 was released on November 13, 2007 in North America.

The gloves are off and Sonic and his rivals are gearing up for an intense new head-to-head competition exclusively on the PSP (PlayStation Portable) system. This sequel to Sonic’s 2D action platformer features all-new “jostling” controls for tighter competition and a brand new Battle mode that allows two players to jump into six different Multiplayer challenges by sharing one disc. With three new characters, 12 new stages and upgraded signature moves for each character, the enhanced Rivals experience will bring a whole new level of handheld fun to the PSP system.

Sonic Rivals 2 has four main Single Player modes. Story Mode is the main single player mode. Players will go through each of the game’s battle modes and levels to advance the plot. Each zone has three acts and a boss, with the exception of the final zone. The characters are divided into four teams (Sonic and Tails, Shadow and Metal Sonic, Silver and Espio, Knuckles and Rouge) and each character has their own story. The game introduces a new mode called Free Play. In this single player mode, players can choose any one of the eight characters and play through the zones in traditional 2D Sonic fashion. They can also try Time Attacking, or finding the ten hidden Chao in the levels. 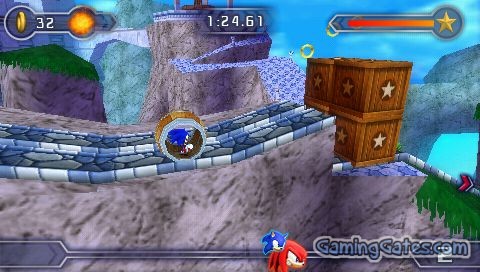 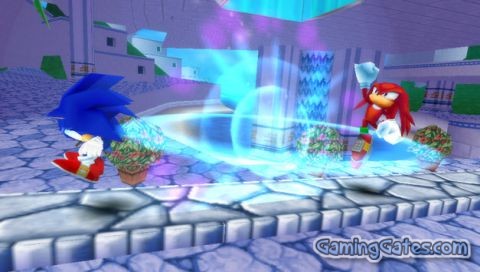 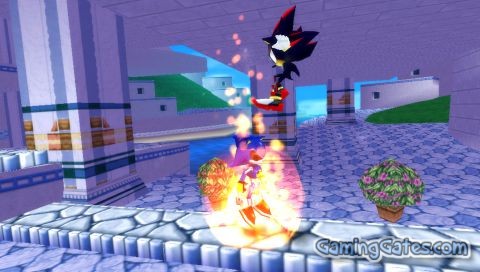 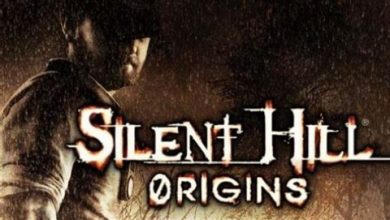